Disclosure: This post may contain affiliate links, which means I may receive a small commission if you click a link and purchase something. Please check out my disclosure policy for more details. All opinions are my own!

Have you ever looked at all the home pregnancy tests?

Woah. Talk about an overwhelming aisle.

How can there be SO MANY types of home pregnancy tests?! To add to the confusion, the pregnancy test you pick up, likely isn’t cheap, so you want to be sure you’re grabbing the “right one”.

The first time I called my OB to tell them I was pregnant, the nurse’s response was – “how many tests did you take”?

Suddenly I panicked and thought I should have taken 2, or 5, or 10!

But the truth is, you don’t really need to take that many if you choose the right home pregnancy test and take it the right way.

Okay, so what’s the right one?

Before we dive into the different types of pregnancy tests and which one is best, I’m going to let you in on a little secret:

I buy the cheapest pregnancy tests I can find.

Those dollar store ones? Yeah, fill my cart up. I can get a dozen of those for the price of ONE regular test.

I do splurge and sometimes get the fancy ones, buuuuuut you get the point.

Now I’ve probably got you wondering how many pregnancy tests does this girl take?! But on to the good stuff…

Here’s what I learned in nursing school (OB was one of my favorite sections) – and the real secret to which pregnancy test is best.

Which Home Pregnancy Test is Best

Those home pregnancy tests you see, all measure whether you’re pregnant or not in the same way. They all use the same chemical found in your body (HCG), to detect a pregnancy. And a false positive, if the test is taken at the right time, is pretty unlikely. Oh, and a urine test at a doctors office is also done the same way!

Okay, so now that the secrets out, why would anyone ever buy a fancy expensive pregnancy test?

The Differences Between Home Pregnancy Tests

How the Home Pregnancy Tests Results are Displayed

If it’s your first pregnancy test, you might have imagined how the test would tell you your results. Whether it’s a big + sign or a test that actually reads “pregnant” – you’ve got options.

The most simple and affordable pregnant test with either give you the + (plus sign) or || (two lines).

Then there are more complex home pregnancy tests. These tests can be digital and will read “pregnant” or “not pregnant”.

The first time I was pregnant there was a test that was as detailed as telling you how many weeks pregnant you are – I can’t lie, it was a pretty awesome feature. However, it’s since been recalled, so onto bigger and better pregnancy tests!

If you’re having trouble reading your home pregnancy test (like deciphering whether the tiny faint line you see is the real deal, or an evaporation line), these digital tests can be really helpful.

And I’m going to be honest: I used to think pink or blue dye didn’t really matter.

Then I took a test and I couldn’t read it!

Now, I consider myself educated in the realm of reading a basic pregnancy test, and I also always thought if it’s even faint, it’s there, it’s positive.

Boy, was I wrong!

So given the choice, grab a pink dye test. You’ll thank yourself later.

How to Take the Test

Another difference between pregnancy tests, is how you take them. Now, all over the counter tests are going to be urine tests. However there’s a few different ways to go about this.

How to determine test sensitivity.

If you’re curious about a specific home pregnancy test’s sensitivity research it online or check the back of the box. This chart provides a great list of pregnancy test sensitivities.

Keep in mind – things can get confusing here. There’s a difference between “lower sensitivity” and “less sensitivity”. A pregnancy test will give it’s sensitivity as the number at which it can detect HCG. So a lower number means the test is more sensitive, which means you can test sooner.

*This is just a sample chart, numbers are not exact. HCG will typically double every 2-3 days during the first trimester.

A Guide to Home Pregnancy Tests

This test is $17.55 for 5 pregnancy tests. It’s a digital test, so there’s no chance you can read it wrong. This test will display “pregnant” or “not pregnant”. This test is sensitive up to 4 days before your missed period.

This test will run you $12.33 per test. It’s a pink dye test, that gives you results 6 days before your missed period.

Say hello to the no frills pregnancy test. This is often what a dollar store pregnancy test will look like. You have to use the dropper, but this one runs only $4.29 on Amazon right now.

The only reason I’m sharing this test strip with you is because it is the TOP RATED pregnancy test on Amazon – and I’m a little shocked. You get 50 pregnancy test strips, but this is by far the most primitive looking test I’ve ever seen. But apparently, people love it! So, if you’re looking for something basic and cheap (and in bulk) be sure to check these pregnancy test strips out for less than $15 for a pack of 50.

Are You Taking Your Home Pregnancy Tests Wrong? Tips to Getting Accurate Results

Now that you know the differences between home pregnancy tests, there’s a few keys to taking each one.

Test in the Morning

Many home pregnancy tests can be taken at any time of the day. However, if you’re hoping to take your test before your missed period, testing in the morning is the best idea.

Why does the morning make a difference? Isn’t your HCG level your HCG level regardless? Well, yes – if you’re doing a blood test. But since at home pregnancy tests are done through a urine test, the results can often be more diluted. Hence, the morning trick!

Your urine is most concentrated the first time you use the bathroom each day. This is because you haven’t had water all night and are probably the most dehydrated you’ll be all day. This concentrated urine is going to give you the highest level of HCG that day, which will also give you the most accurate pregnancy test results.

Knowing when to take a home pregnancy test can be stressful.

For the best results, you need to follow the instructions on each individual test. Based on the test’s sensitivity, you’ll be able to take your pregnancy test anywhere from 10 days prior to your missed period, to the day of your missed period.

If the test you have is not meant to be taken 7 days before your missed period, don’t take it then! You may get a positive result, which would likely be accurate, but you may not. And depending on whether you’re hoping for a positive result or not, you’ll likely stress out even more and drive yourself crazy wondering if the results were correct or not. And then you’ll have to buy another test just to be sure!

Go easy on yourself and wait until the testing window. I know it’s hard to wait, but you want your results to be as accurate as possible.

Hopefully the next time you check out the pregnancy test aisle, it’s less intimidating and you feel comfortable choosing the right pregnancy test for you!

Don’t forget to grab your pregnancy checklists to get organized before baby arrives!

Jen is a Registered Nurse, owner of Minnesota Momma, and mom of two little ones. She loves to focus on topics that keep families happy and healthy from pregnancy through birth and beyond.

Disclosure: This post may contain affiliate links, which means I may receive a small commission if you click a link and purchase something. Please check out my disclosure policy for more details. All opinions are my own! Getting A Free Breast Pump with Aeroflow When you’re pregnant, planning is everything – and to be able… 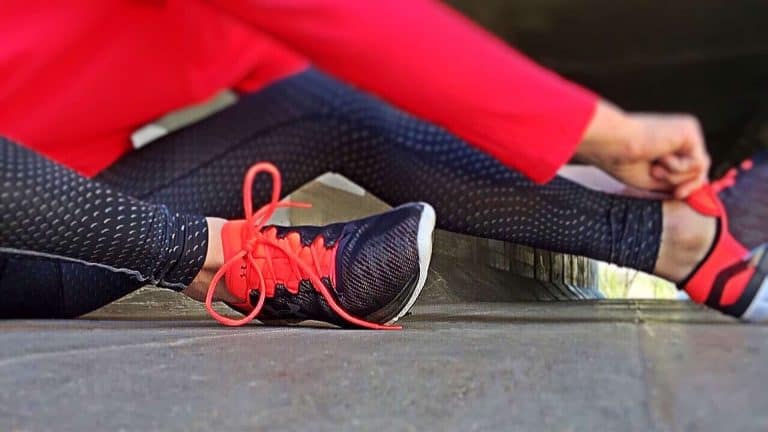 Disclosure: This post may contain affiliate links, which means I may receive a small commission if you click a link and purchase something. Please check out my disclosure policy for more details. All opinions are my own! Exercise during pregnancy can be a huge benefit to you and your growing baby. We’ve all heard how…

Disclosure: This post may contain affiliate links, which means I may receive a small commission if you click a link and purchase something. Please check out my disclosure policy for more details. All opinions are my own! Let’s talk about how Dairy Queen hot dogs are the best ever – well at least they were… 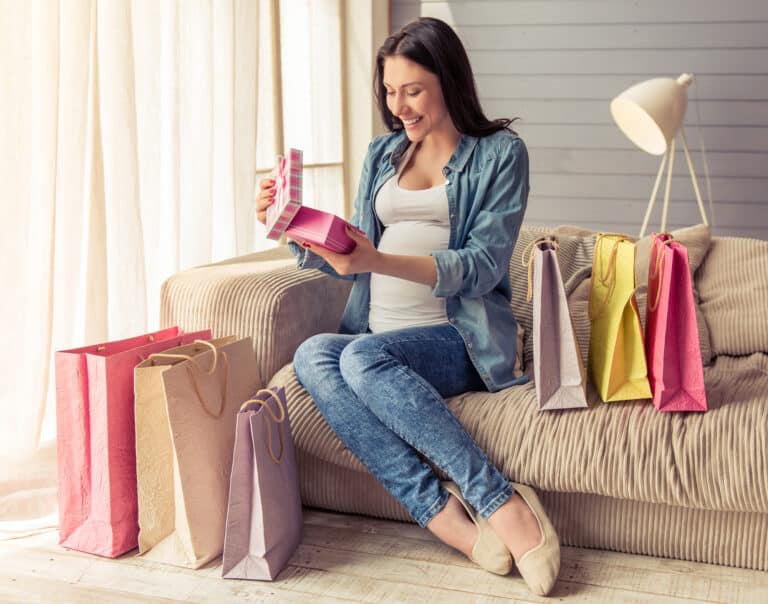 Disclosure: This post may contain affiliate links, which means I may receive a small commission if you click a link and purchase something. Please check out my disclosure policy for more details. All opinions are my own! Inexpensive Baby Shower Gifts for Moms You’re invited to another baby shower. And finding inexpensive baby shower gifts… 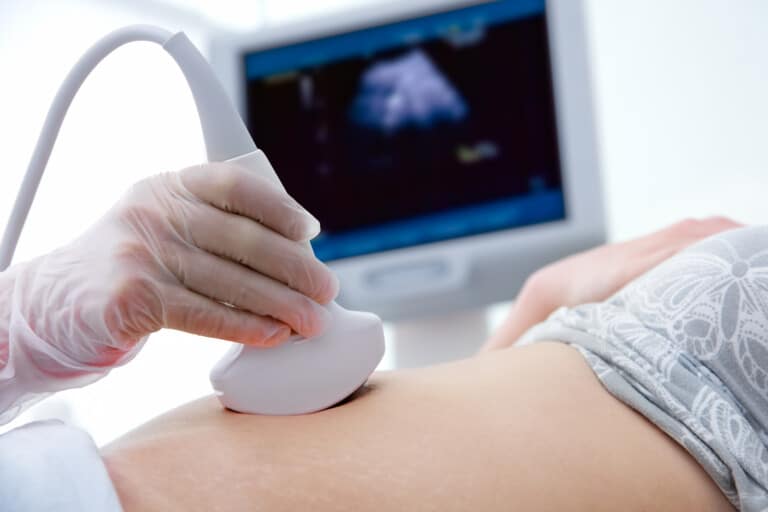 Disclosure: This post may contain affiliate links, which means I may receive a small commission if you click a link and purchase something. Please check out my disclosure policy for more details. All opinions are my own! A few of my best friends are newly pregnant and we are THRILLED for them. Randomly, I’ll find…

Disclosure: This post may contain affiliate links, which means I may receive a small commission if you click a link and purchase something. Please check out my disclosure policy for more details. All opinions are my own! Pregnancy Halloween Costume Ideas Halloween is right around the corner, and since soon to be mommas should never…

A happy & healthy sweet little family is all that I'm after. And I've got a few secrets to share with you...

Even if you’re not from the land of hotdishes and oofta – I’ve got you covered!

We are a participant in the Amazon Services LLC Associates Program, an affiliate advertising program designed to provide a means for us to earn fees by linking to Amazon.com and affiliated sites

Note: The content of this website/blog are for informational purposed only. This isn’t medical advice and if someone relies on it to their detriment, I am not liable or promising specific results. All babies/children are different and what works for ours may not work best for yours.