Disclosure: This post may contain affiliate links, which means I may receive a small commission if you click a link and purchase something. Please check out my disclosure policy for more details. All opinions are my own!

Did you know that 1 in 4 women are affected by miscarriage? It’s a statistic I never knew before I had to. Before it was me and my babies.

I wrote this post many months ago in hopes that one day I would share it. I wanted to share it with other women who were hurting. Other women who deserve to hear and feel that they are not alone in the loss of a sweet little baby.

That you are a momma.

I need to also say that this is not just my story, but our story. I may have been the one to physically miscarry, but my husband and I experienced our loss together.

It was our first official OB appointment.

We had found out 2 weeks prior when I went in for abnormal bleeding that I was pregnant with triplets (actually quads, but we didn’t know it yet). Three healthy little heartbeats rocked our world at that nervous visit and we couldn’t wait to see them again, today. We hadn’t been trying to get pregnant, but hadn’t been preventing it either. But to anyone – three is quite the surprise.

In those two weeks we went from shock, to planning our lives as a family of 5. To some, that may seem quick. However, when you’re told you’re pregnant with triplets, you can’t not start to plan.

I was also quite sick with a combination of all the extra hormones and likely the stomach flu. By the time our appointment arrived, I had been feeling good for about a week and we were excited. Which is why the results of our first OB appointment were extra crushing.

We anxiously waited for the doctor and I excitedly and nervously asked if she’d ever delivered triplets before. These were our babies and I wanted them in the most capable hands.

We chatted briefly and then it was time for an ultrasound to check on the babies.

The Worst Kind of Quiet

The doctor was quiet as she looked, explaining that they would be quite small still, as I was only 10 weeks along. She remained calm and said it was normal to have some trouble finding the heart beats right now and sent us over to ultrasound so they could take a better look.

My nerves started to kick in, but I felt positive. I hadn’t had any bleeding since our previous scare and hadn’t had any other signs that anything was wrong.

When we were called in for the ultrasound, the tech was the same wonderful woman who had found our triplets two weeks before. It was so nice to see a familiar face, and I felt if anyone could find them – it was her. She moved the ultrasound wand around and I watched on the screen, holding my husbands hand.

Then I saw it.

I saw where the heart beat should have been.

I saw a tiny spot where my baby was, and it wasn’t moving.

I also knew my husband hadn’t yet figured it out, and I squeezed his hand harder. The tech continued to move the wand and I saw the same thing, two more times. She looked at us with the kindest face and apologized.

All I could muster was “all of them?” as tears streamed down my face. One of my babies had to have made it. One of them. But it wasn’t the case. Our hearts were broken.

Every staff member we met on our way out held the same look in their eyes. They were extremely genuine and apologetic for our loss. But we had no words.

I had to have surgery the next day, to prevent excess bleeding that would inevitably occur from miscarrying multiples. We left the clinic so broken.

Unfortunately, that wasn’t the end. We had to make the phone calls to our loved ones who were anxiously awaiting to hear about our first appointment.

We had shared the information with those close to us and our employers since I had been so sick. It was awful having to relive and speak aloud the news we had just heard.

Everyone was so kind, but I felt their hesitancy in the air. No one knew the right thing to say, and I knew they felt that. Everyone wanted to say the right thing, but no one could seem to find the right words.

I appreciated the kind gestures and don’t blame anyone for being unsure.

The best and simplest response came from a loved one who knew our pain all too well – it sucks. There was nothing else to say, because words couldn’t express the pain.

To this day, and I assume the rest of my life, I’ll remember every detail about that moment.

I remember the darkness of the room and the ultrasound technician’s face.

I remember hugging my husband so tightly as we tried to face what we had been told.

I remember exactly what the screen looked like without those little heartbeats.

I remember the quiet clinic as we left – exactly as it looked and sounded.

I remember my heart breaking a second time, as I watched my husband’s heart break for our babies. I wanted nothing more than to make his pain stop, but there was nothing I could do.

We were so mad at God. How could He give us these babies, allow us to get used to and excited about the idea of triplets, and then take them away? Why?

If everything happens for a reason – what reason would ever be good enough to explain our loss?

The day before we found out about our miscarriage, I was rejected from graduate school and the day after, my husband didn’t get a job we had so hoped for. We felt like everything we had wanted and hoped for was being ripped away – and our sweet babies were the last and largest punch.

We attended church on Sunday, and I cried the whole time. A new mother and her sweet new baby girl sat right in front us. Again, I was so angry with God. I couldn’t even look at that sweet baby. I silently begged that the mother would keep her covered in her car seat, but she took her out to cuddle her. My heart broke into a million pieces and I had to leave. I was supposed to get to hold my babies and I never would. Why would God do this to us?

We felt like we were good people. We are no where near perfect, but we are good, we would think. And we would have loved those babies SO much. We already did.

We prayed every night. And in our prayers we told God we were angry. We told Him we didn’t understand. We told him we felt abandoned and forgotten. But we continued to pray. To heal. And asking God to keep our babies safe – knowing well that heaven was the safest place they could be – we still asked.

Finally, we stopped being as angry.

Finally, it really did get a little better.

Every day, the pain got a little better. At the time, I never thought it would. It didn’t seem possible that it could.

Months later I took a positive pregnancy test and we were excited. After our loss, all we wanted was a baby.

However, I was soon to find out that my positive pregnancy test was due to my still dropping HCG levels from the miscarriage. I was required to go in weekly for blood draws to make sure my levels continued to drop. It was crushing. It was a constant reminder of our loss, the babies we didn’t have, and the pregnancy we couldn’t get while my HCG remained elevated.

Finally my levels dropped to 6 and I refused to go in anymore (they wanted to see an HCG of 5 or below). Our summer continued and we continued to heal, still wishing and praying for a baby.

On my husband’s birthday, we were blessed with another positive pregnancy test. While we will never understand God’s reasoning, we do know that our fun loving, sweet and healthy toddler would never be here had things gone differently. We thank God every day for him.

Nearly two years later, I still cry remembering the moment we lost our babies. I get choked up talking about them. We miss them and we pray that they know how much we love them.

I still read the ultrasound report from my post miscarriage surgery that states we had two sets of twins – quadruplets – just to remind myself that it was real.

That those were our babies. That I was a momma a year before actually giving birth.

Through all the hurt, I do not want to forget. They were our babies. For a brief moment they were here with us, and they changed our lives. They were ours.

Support After A Miscarriage

I share my story for any momma who has ever miscarried. I hope you don’t feel alone. I had wonderful support, but if you don’t, please know it isn’t your fault.

I’ve read a few posts about miscarriage, and there was something comforting to me to feel like someone “get’s it”. This is a post I re-read several times – You Are Still A Mama.

Faith was also a huge part of our healing. As I mentioned, we were so angry, but the constant reminder that there was some plan, a plan that could never make sense in my mind, still helped me immensely.

Know that I think and pray for you often mommas – for you, your husbands, and your sweet babies gone too soon. 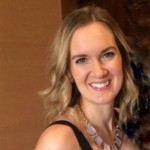 Jen is a Registered Nurse, owner of Minnesota Momma, and mom of two little ones. She loves to focus on topics that keep families happy and healthy from pregnancy through birth and beyond.

Get your free 6 day breastfeeding basics course sent right to your email!
send me my free course!

A happy & healthy sweet little family is all that I'm after. And I've got a few secrets to share with you...

Even if you’re not from the land of hotdishes and oofta – I’ve got you covered!

We are a participant in the Amazon Services LLC Associates Program, an affiliate advertising program designed to provide a means for us to earn fees by linking to Amazon.com and affiliated sites

Note: The content of this website/blog are for informational purposed only. This isn’t medical advice and if someone relies on it to their detriment, I am not liable or promising specific results. All babies/children are different and what works for ours may not work best for yours.